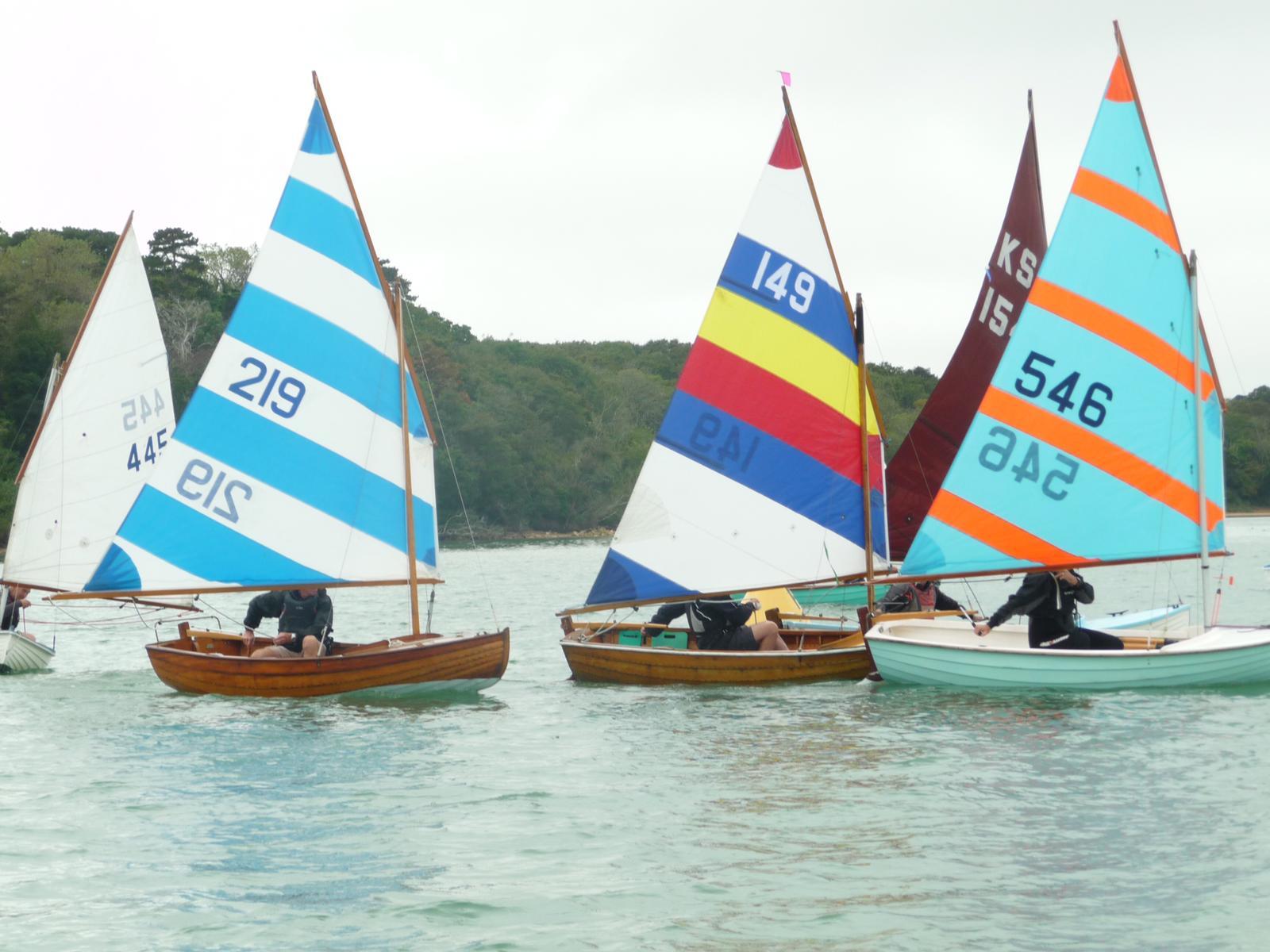 The Solent Scow, a small stem dinghy that was first conceived shortly after the first war to withstand and contend with the Solent weather, a comfortable dinghy that you sit in rather than on, designed to take one or two occupants.

Our history is long at the RVYC there was an active fleet sailing at the club from 1950 to the late 1960 when they were superseded by trendier dinghies of the day, That is until 2015 when two or three turned up in the dinghy park and then two more all of which were owned by retirees, so it was decided that it might well be fun to have some light hearted racing on Thursdays. The emphasis always being on having good natured fun , the course was set beforehand and someone shouted bang and of we would go, and that is how the few became the many and the Scowndrels as we decided to call our self's were born.

It indeed would be remiss of me not to mention at this point David Longford who decided it might well be fun to join us and bring some sort of order to proceedings and so he became our first full time race officer and it was not long before he had us all running like a Swiss watches - the emphasis was still to have fun the difference was it was now orderly fun. Unfortunately David became ill and we lost him late in 2021 sadly missed by all who knew him, But certainly never to be forgotten.

We are now thirty plus and still growing, We still race on Thursdays, day time and evenings on alternate weeks, and have recently started racing in the club handicap on Sundays as well - backed up by social sailing on Saturdays and the occasional rally to places far. There is no age limit - eight to eighty , so if you would like to be part of a friendly group of sailors who want to sail in pleasant company and have some fun - look no further.

If indeed you find the notion appealing and would like to try your hand in a Scow - we have two club boats at your disposal as well as coaching for those that feel as though they might need it.

Don't delay phone today your leisure time could change for ever.