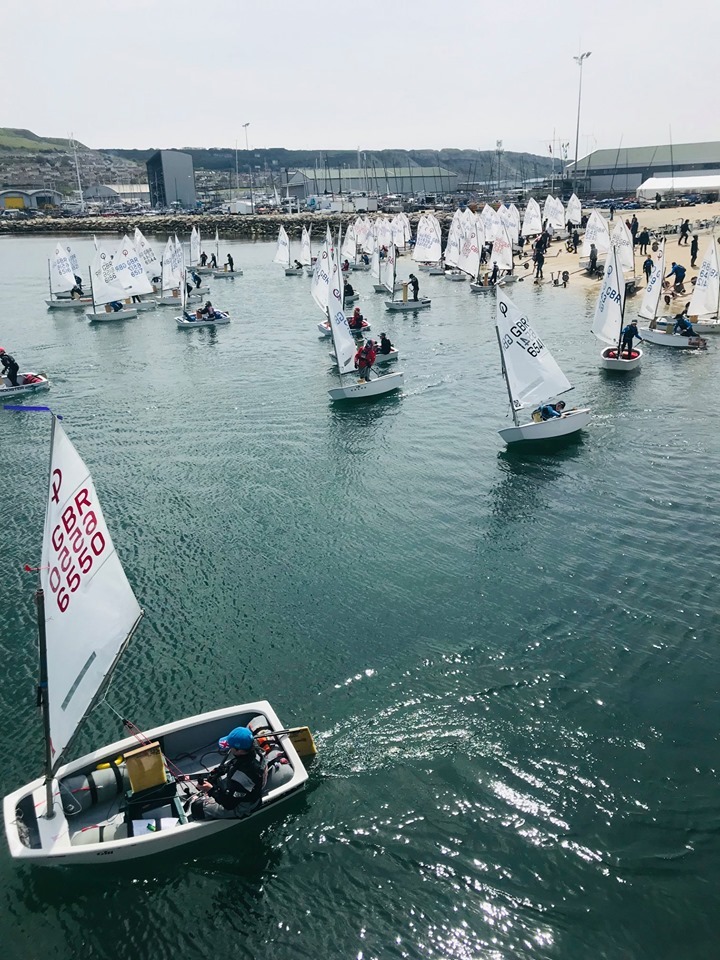 Last weekend the UK Optimist Class Association held its 2019 Team Selection event in Weymouth with the 80 top ranked U16 sailors invited to attend. Places were up for grabs for the Worlds Team, European Team, Development Team and Flanders Team.

12 races were held over 4 days with only one discard so there was no room for error. The weather gods were also smiling on us with a broad range of wind including a Force 6 all day Saturday when the Optimists had 4 races and the 49er and Nacra Olympic fleets weren't allowed out!

RVYC was represented by Cam Blamey, Finn Evans and Noah Evans with all three producing some great results in a high quality fleet even though they all have another 2 years left in Optimists.

Cam came an excellent 23rd overall (with a highest race of 6th) and qualified for the Development Team, so gets a trip to Estonia in June. He was also highest placed boy who had not attended Selections before.

Noah was 27th overall (with a highest race of 9th) and qualified for the Flanders Team so he gets to go to Nieuwpoort in Belgium for a week in June/July. Noah was the 2nd placed boy who had not attended Selections before.

Finn was placed 38th overall (with a highest race of 17th) and has been invited to a squad summer training camp in Weymouth.

Thanks to Wightlink for the sponsored cross-Solent travel.