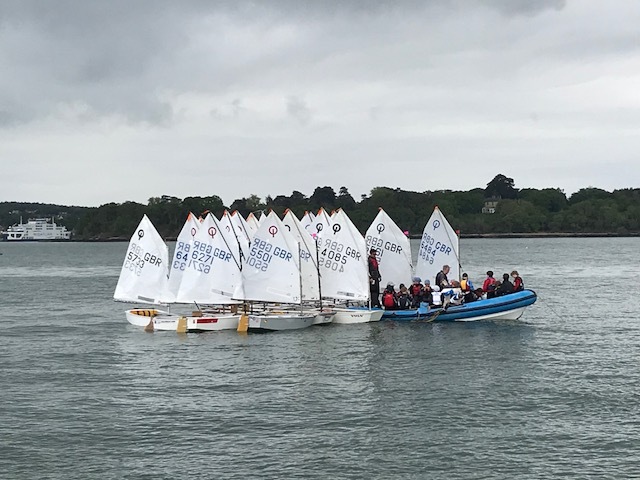 Over 30 young Optimist sailors and their families descended on RVYC last weekend for the only island leg in the 2018 Rooster Optimist Travellers Series.

The fleet was split in two 20 in the regatta fleet for more novice racers, and the main (and highly-competitive) racing fleet of 13 boats. The event gave young island sailors the chance to compete against some of the most experienced Optimist sailors on the circuit, which travels to various locations throughout the summer.

Courses were set off Woodside Bay. With light and shifting wind conditions six races were held over the two days, in spite of rain setting in and a fast-ebbing tide curtailing Saturday's racing. The fleet understood what a whisky finish was by the end of the second day!

Sunday dawned brightly but persistent wind shifts out on the Solent meant the race team had their work cut out re-laying courses for both fleets.

Prizes were presented by RVYC Commodore, Steve Sheridan, and included medals and Rooster products for the podium-placed. First and second places in the main fleet went to RVYC's Noah Evans and Cameron Blamey, with Gwen Sargent from Emsworth SC in third place. Warsash SC members Henry Camm and Kai Miller were first and second in the regatta fleet, with Zac Shepherd third.

The event was a great success and provided inland water sailors with a real taste of how different sailing on tidal waters is, especially when wind shifts are involved. The club thanks Wightlink whose sponsorship enabled mainland competitors to attend at a discounted rate.

Wightlink Chief Executive Keith Greenfieldsaid: "We're delighted to have been able to support this event by bringing across young people from along the South Coast to compete with the talented sailors from the Royal Victoria Yacht Club and would like to congratulate all those who have taken part. The Royal Victoria Yacht Club are very good near neighbours to us and it is always a pleasure to work with them". 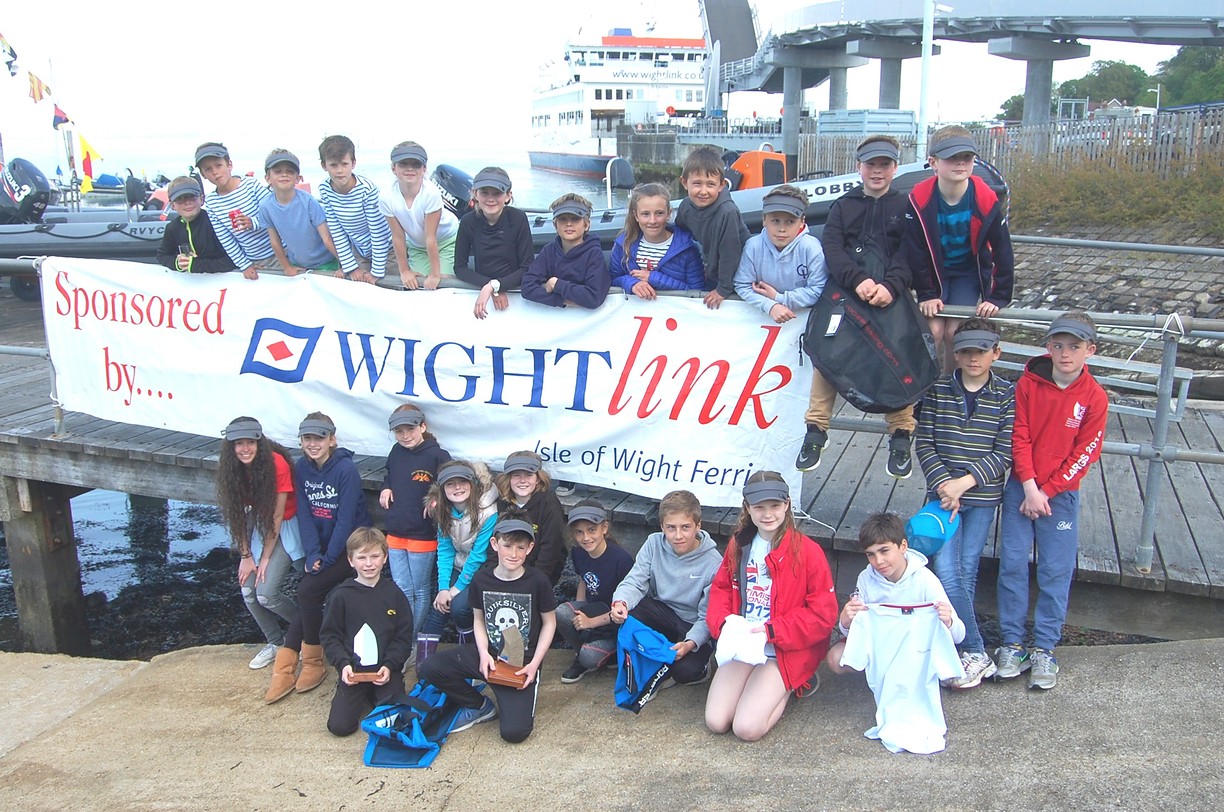 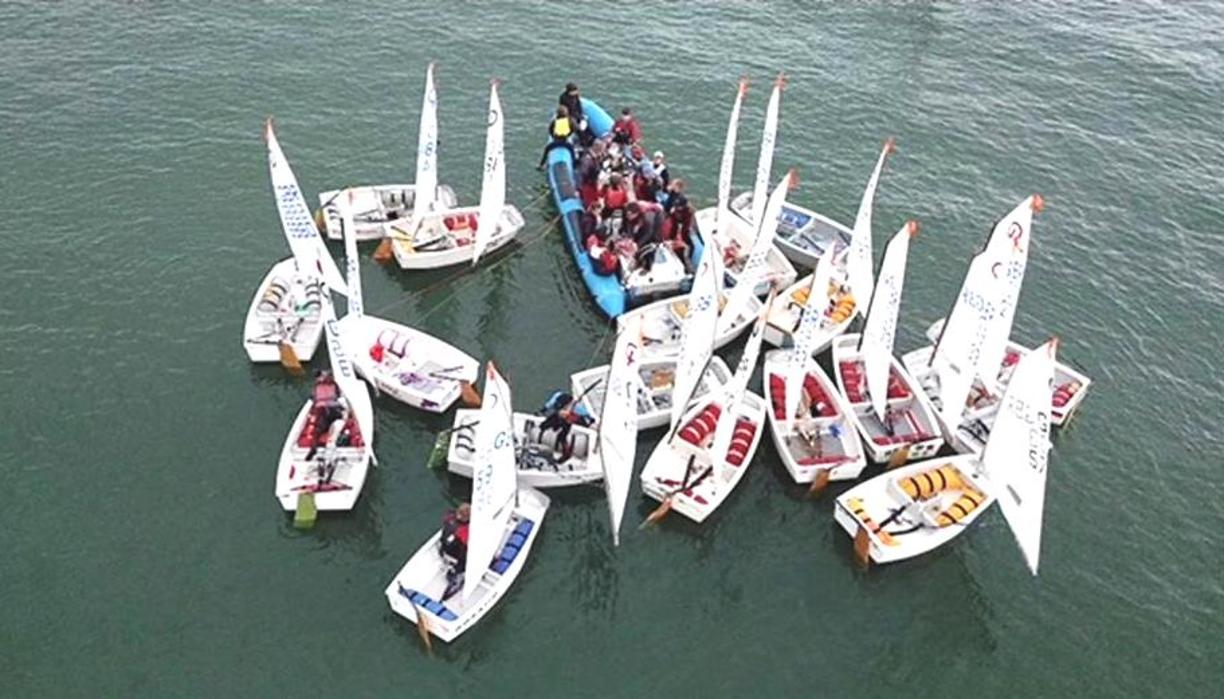 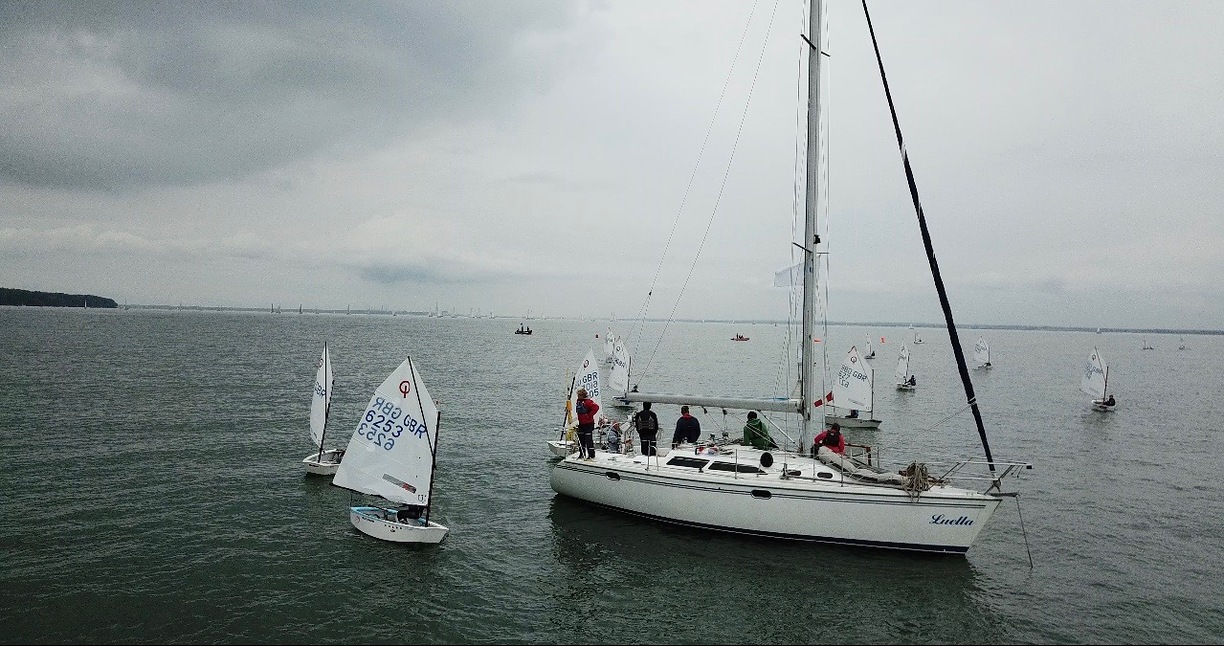