Weather conditions at the start of the week put the sailing ability of the cadets to the test, with the beginner group using the shelter of Wootton Creek to their advantage. The more experienced cadets were sailing in lasers focussing on their racing skills in the Solent. A fleet of 7picos with 13 cadets, were improving their skills whilst the Optimists achieved RYA Levels 1 - 3.

Mairi Robinson & Andrea Sheridan coordinated the event which saw cadets of all ages making friends and increasing their confidence on the water. Sally Everitt chose the end of the Cadet Week to stand down in her role as Chief Instructor after many years of volunteering for the Club.

The highlight of Cadet week 2017 ended with the Creek race at 2pm on Sunday 13th August 2017. Race officers Keith Evans and Racheal Leal set 2 courses - with experienced helms and novice helms all eager to put into practice what they had learnt over he last 5 days !

Over 13 lasers & squibs bobbed around in a no wind situation which lead to a 30 minute postponement for the first start . The wind finally filled in from the creek and off the lasers shot with a tight bunched start . The course started towards Cowes with a rounding of Fairway before the battle for the fickle creek wind . Harry White fought for first place with his brother Charlie in the Laser radial with Steve Warren Smith on Aquabat with a cadet crew taking third place . The novice race saw 23 boats on the start line from a Wayfarer to Picos, Optimists, Terras and Fevas with both cadet and parents racing together . A fabulous reach to the second mark before the tacking duals started ! We had a split fleet early on with the racing sails and rigs making the most of the gusts. Lots of shouts for 'up up' & 'starboard' from the start racing groups meant tactics played heavily with the novice crews. Not to be outshone by his brothers, Tom White nailed first place in the Club Wayfarer with his cadet crew from the beginner group . Fabulous to see Cameron Blamey in close behind for second with his sister Freya chasing his tail for third place . Well done to all who took part and supported both on and off the water. 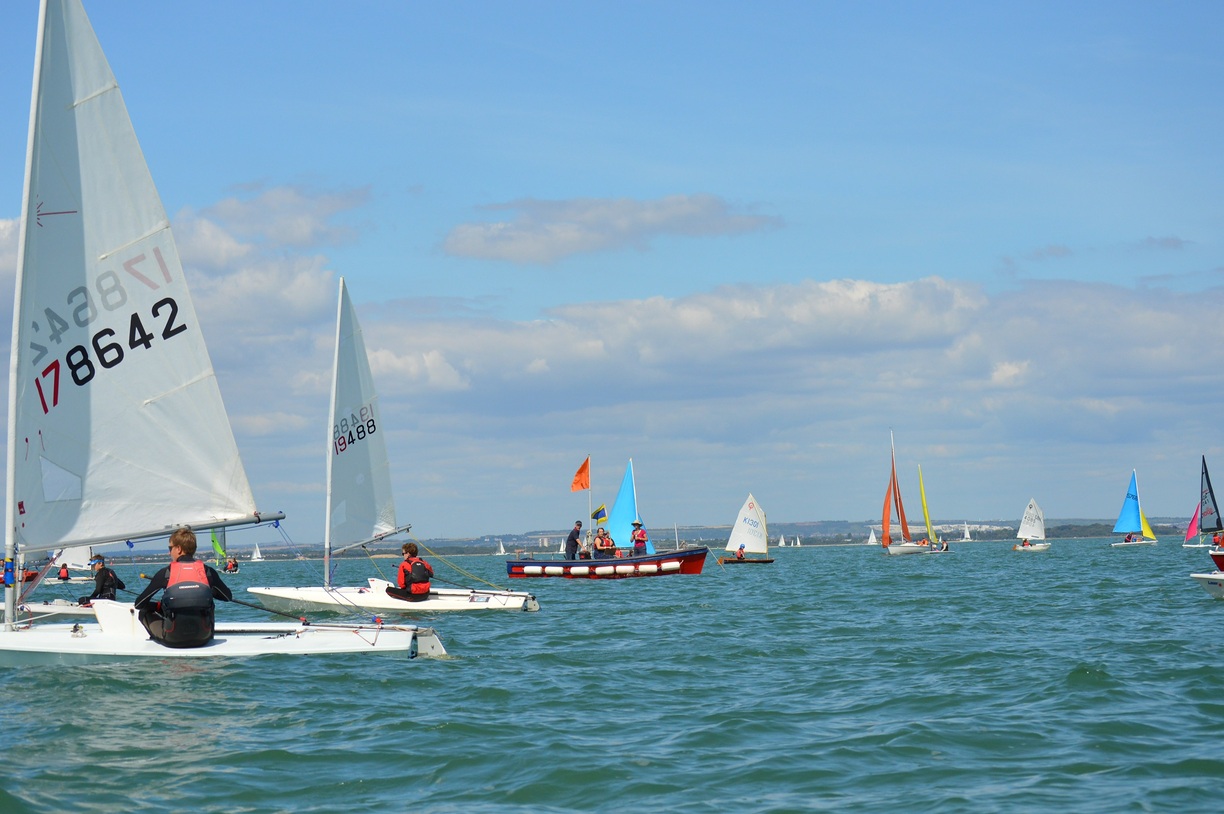