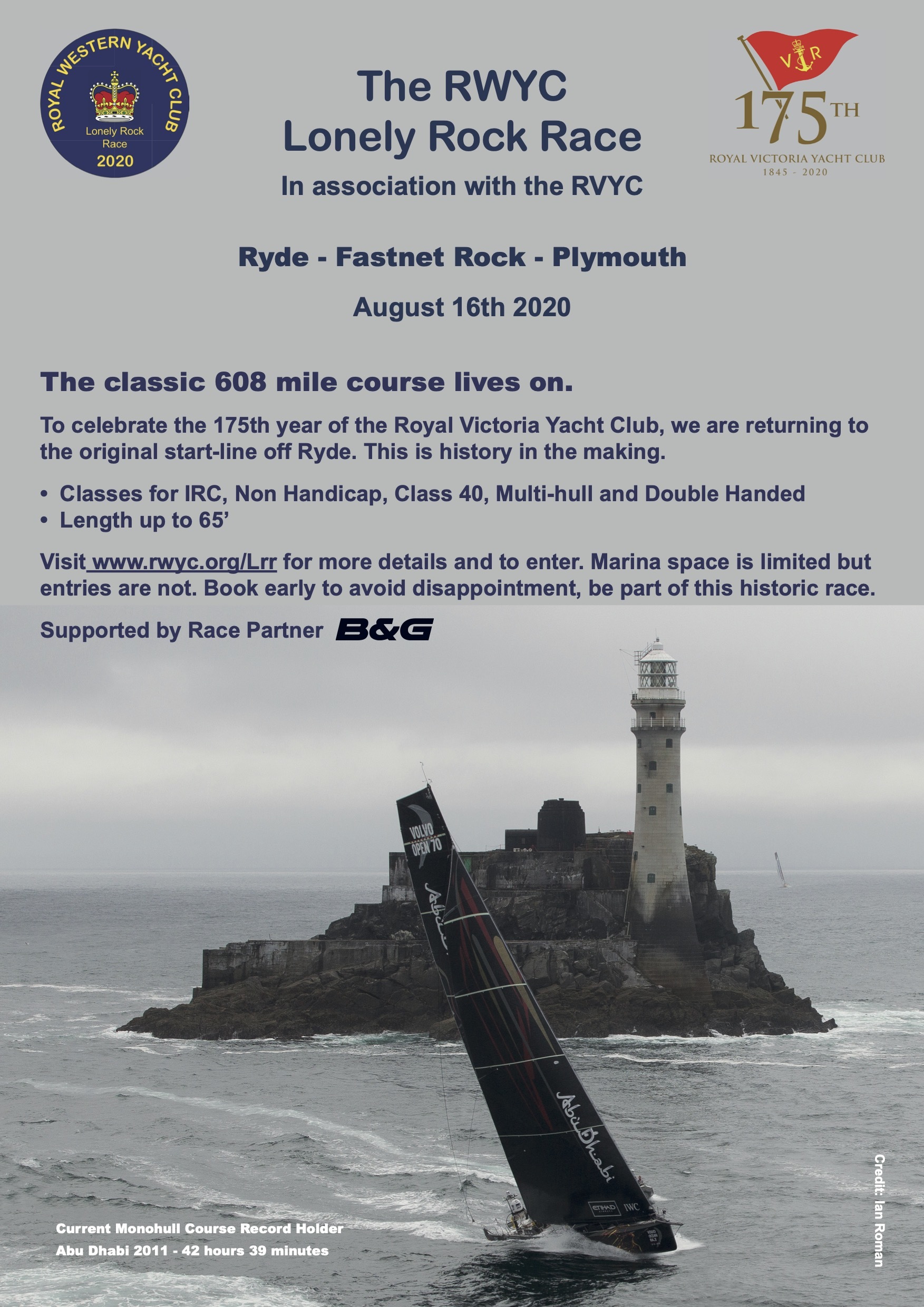 At 10am this Sunday, 16 August, RVYC will be starting the Lonely Rock Race. Organised by the Royal Western Yacht Club in Plymouth, this race will run in alternate years to RORC's Fastnet Race, along a similar course, with a finish in Plymouth.

RVYC has been involved since the inception of the race in 1925 when we provided the start line off Ryde Pier. We were invited by RWYC to repeat this role in 2020 as part of our 175th anniversary celebrations (which are, of course, now postponed until next year). We're very excited that club member, Martin Bedford is the race start officer, supported by a race team of RVYC members.

That first race back in 1925 was won by Jolie Brise won in 6 days 1 and ¾ hours! At a dinner after the race it was suggested that an Ocean Racing club should be formed This was the beginning of RORC!

The name 'Lonely Rock' is a loose translation of the Gaelic name 'An Charraig Aonair' for Fastnet Rock. The original course dates back to 1925, when two members of the RWYC famously made a bet on who could win a race around this notorious landmark, starting from Ryde and finishing in the Port of Plymouth. Now, the RWYC is bringing the Corinthian spirit back to the race with emphasis on the club sailor with a desire to take on this famous course. The Entry will be open to mono and multi hull yachts between 30 and 60 feet in length.

Due to Covid-19, the organisers have had to restrict the number of entries to UK- based boats, but there are some spectacularly large ocean-going yachts taking part.

The start line is between LIAM and MOTHERBANK buoys, approximately 1nm NE of the race box.

You should be able to see the start as the fleet goes westwards down The Solent, so why not come down to the club and join friends to watch, or go out on the water for an even closer view. Thanks to Matthews Street Catering, you can even have breakfast from 7.30am!

Click here to read more information about this exciting event.