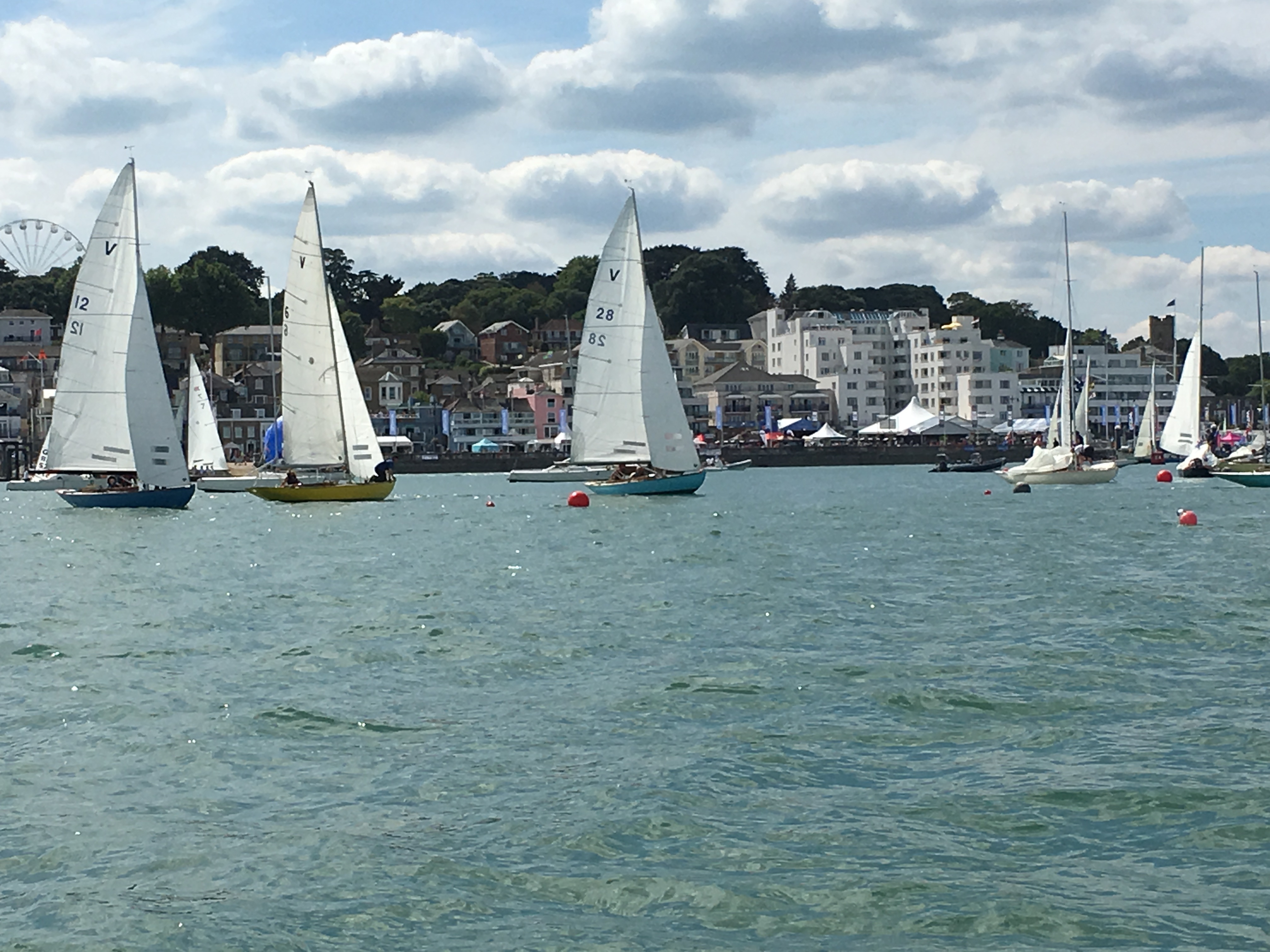 On a perfect summer evening, on the longest day of the year, 4 local clubs lined up for team racing in the classic one design Mermaid of Seaview. Each club had 3 boats and each club raced each other one time. As the winds were light from the east and the west going tide was strong, the course was a very short windward, spreader, leeward line.

RVYC in the White (Chris Mathews, Phil Russell), Light green (Chris Gear, Harry White, Olie Mathews) and Red Mermaids (Owen Pay, Matt Wishaw), were up against BHYC first. Although our Red and White got away, Light Green got buried in the start. BHYC came with a strong team although one short so our very own Ross Owen was pulled in to race for them. First race RVYC places: White 1st, Red 2nd, Light Green 6th.

Next up was Shanklin sailing club who gamely raced but found the weight of the boat a challenge as they were predominantly fast handicap and catamaran racers. The light winds and 3.5 ton of boat made getting going and tacking a game of patience and timing. Light Green had another 'iffy start' according to Chris Gear (helm) but got his mojo back to take 2 boats in the last beat to the line line, to grab a 3rd. Second Race RVYC places. Red 1st, White 2nd, Light Green 3rd.

The final race of the evening was the Blue Ribbon event against Seaview where Seaview's Black Boat (Raymond Simmonds) engaged White boat (Phil Russell Helm) with perfect downwind team racing control. Black blocked White's gybe point and also White's counter move of a tack, sailing White into last place (from 4th place at the spreader). This was pivotal. Although RVYC beat Seaview in that race and won all her races, RVYC got a second overall on the night, with BHYC as winners by one point or one place. Well done BHYC & Ross Owen. Third Race RVYC places. 1st Light Green, 2nd Red, 6th White.

Bar Talk; There was a happy and boisterous mood at the bar as we knew the results were close. After a fine Chilli supper, Guy Mattinson (Mermaid Class Captain) read out the results and thanked the Race Officer Robert for his efficient work getting all 6 races off and on time. He also thanked the visiting clubs for accepting the yearly invitation and the competition. Chris Mathews thanked SVYC on behalf of RVYC.

Extending a hand of friendship to other clubs over their summer season is part of what makes the Mermaid class special.