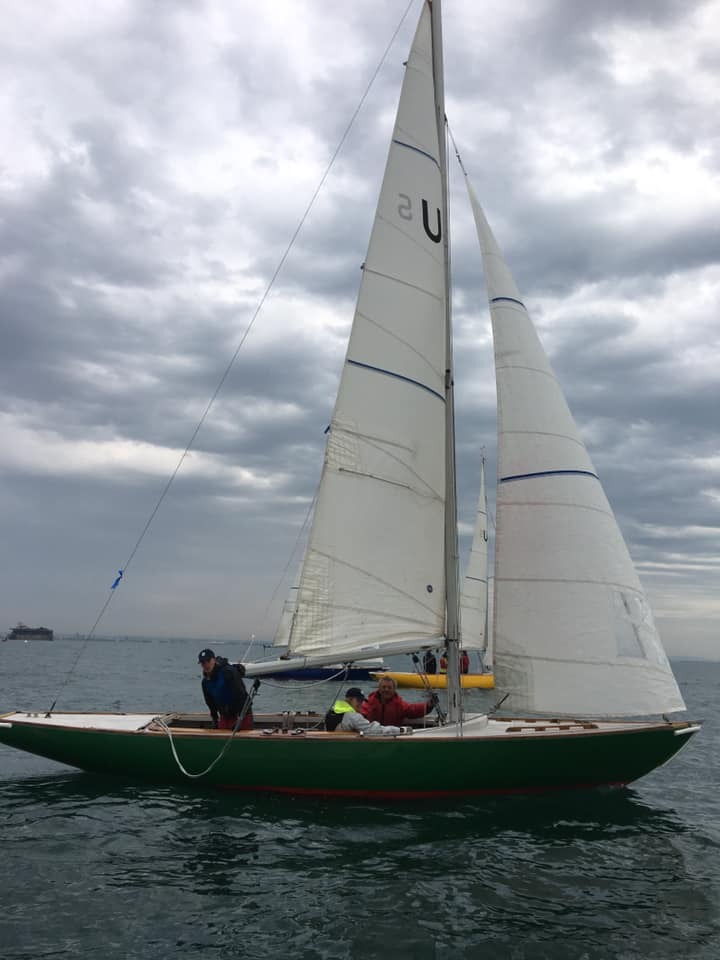 Royal Victoria travelled on 18th June 2019 to Seaview for the annual four way team racing event by kind invitation of the Commodore and flag officers of Seaview Yacht club.

The first race got under way on time with RVYC pitched against the Royal Southern Yacht Club with a fairly even start from all boats. Mark sailed their first boat off the racecourse sweeping the road clear to allow Harry and Charlie a clear run to the end with Harry and Charlie finishing an unbeatable first and second with Mark eventually coming into a fifth place finish. This gave RVYC their first win of the evening with 8 points to 13 over Royal Southern.

The second match was undoubtedly going to be the toughest against the home team with a fading breeze constantly backing to the west. Noel Dobbs of Seaview opted for a port flyer start but was unable to cross Harry on starboard, Charlie sailed a good first beat rounding the weather mark just behind Mark, both had a good lead over Seaview and a clear run to the finish.

This gave RVYC the second win of the night and another 8 point lead over Seaview finishing on 13 points.

The third and final match was against Brading Haven Yacht Club. The Vicars just needed another win to secure the overall result. The start was a slow affair as the wind had continued clocking left and the line was hard to cross on starboard. The Vicars had a good overall start with all boats well placed leaving BHYC in their wake. Unfortunately before the first mark, BHYC had hit the hard left side of the course and came into the first mark on a good pressure lift with Charlie being driven into third place by the commodore of BHYC Keith Gentleman. Despite this RVYC had a first and a third place on the run home which was enough to secure the victory as long as it could be held!

There was a lot of tactical manoeuvres, not least from Harry who tied up two of the opposition on the run with a succession of luffs and jibes to push them into fifth and sixth place. At the leeward mark Charlie was placed just astern of the BHYC commodore in third place who desperately attempted to sail him off the course before the finish to allow his team mates to catch up. It was not to be, Charlie sailed below him and luffed his way enough to complete the tack for home and finished second behind Mark, this manoeuvre also allowed Harry to get through into third place giving the vicars 1 2 3 in the final race of the night.

As the clouds again started to form it was back to the club for Cocktails, dinner and medals. What a great evening!

Thanks to our Hosts Seaview and to our PRO Robert who held his nerve and casually kept moving the course left throughout the evening to keep the troops in line.