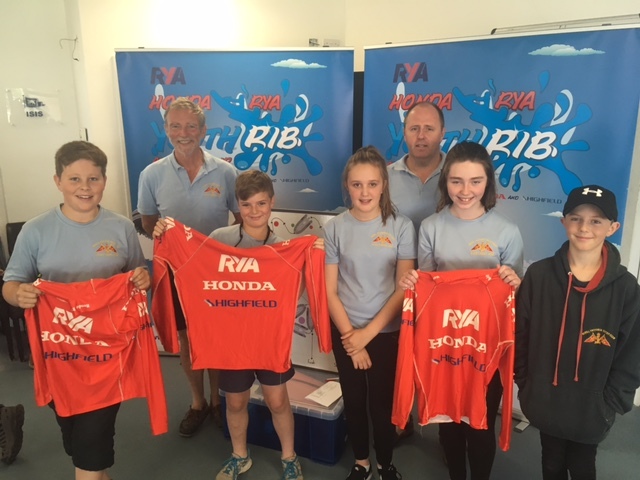 Four RVYC cadets and their shore crew travelled to Oxford Sailing Club on Saturday 5 August to take part in the Area Finals of the RYA Honda Youth RIB Championship.

At times, conditions at the Oxford club were more akin to the North Atlantic than a reservoir but our young representatives did well against stiff opposition from Lymington, Warsash and the home club.

In the 13 -16 age group Aidan Hinchcliffe finished a most creditable fourth overall whilst in the 8 – 12 age group Samuel Osborne came third (winning a medal, hat and bag), Beth Blake came fourth and Charlotte Andrews fifth. All involved have learnt much from the RVYC's first involvement in this event and we now have a firm base of experience on which to build future champions!