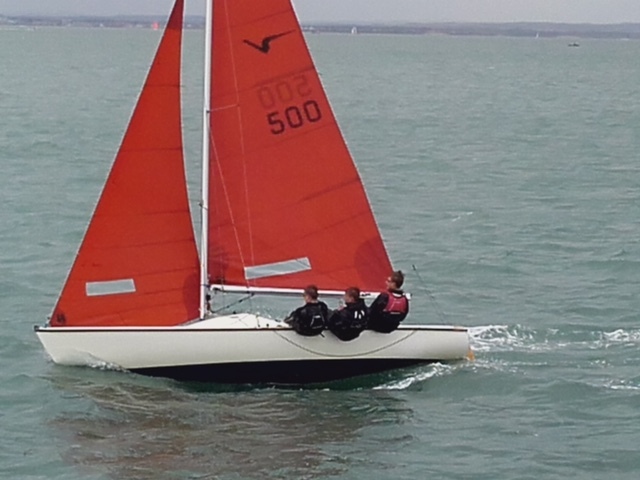 Baker Rises To The Top

Icarus sailed by Phil Russell and Andy Stone decided from the start that they were going to cut it fine – their start with the Squib fleet was whisker from being over the line, and ensured they were briefly in first place. However Aquabat (Steve Warren-Smith) reeled him in quickly to get round the windward mark first and Kestrel (David Longford and Angie White) had intentions of doing the same. The long downwind leg that followed to Motherbank sorted the fleet out between those who dared to fly their spinnakers in the 22 knot wind and those that didn't. This gave the White boys in Hussar a chance to come storming through – a broken main outhaul clevis pin had delayed their start, and their race was all about overtaking everything in front. Flying Fish (Tony Wentzel and Alan Taylor) was easy prey, with no spinnaker they were the first victim, next was the optimistically named Peregrine (Tamsin and Steve Baker) also no Spinnaker - the long haul back to the windward mark was too much them and they retired to the comfort of the clubhouse early. It was at the windward mark that Icarus again pushed their luck. The White boys tacked to clear the buoy, Icarus saw a gap and went for it, but this time they did not get away with it, tide and leeway bounced them against the buoy and Hussar was left to get away. By the time Icarus had done their penalty turn catching them up again was impossible. Hussars chase continued, but Kestrel remained cool headed (perhaps it was the new hat) and held them off with some great spinnaker work.

The story of the fast handicap race was one of carnage, capsizes and survival. Alex Downer thrilled the crowd with some fast reaching around the box before the race began, and then it was all over as the mast broke neatly in half during a gusty carve gybe – one down and four to go. Chris Andrews and Steve Sheridan in their RS 400 gave us a foretaste of what was to come by spending more time upside down before the race that the right way up. New to the fleet Keith Hopper in his Finn decided that as it was his first race he would let all the fleet start ahead of him and then chase after them. All began well and predictably the RS400 got around the windward mark first, followed by the Lasers and the Finn. The reach to the wing mark was fast, but the RS 400 did not survive the gybe, more swimming and they decided to head for home. Three to go. Luke Sheridan was the next casualty, a 24knot gust had it in for him and he was over and out. Only two left. The Finn was flagging, lack of match fitness was showing and the younger legs of Will Baker hiked him off the race course, a great sail and a deserved first place.

Thanks to the RIB crews, Sally Everitt and Richard Rae (no task too much trouble) and Chris and Ben Gibson (no task that did not need full throttle), and Tracy Rickman on the box. 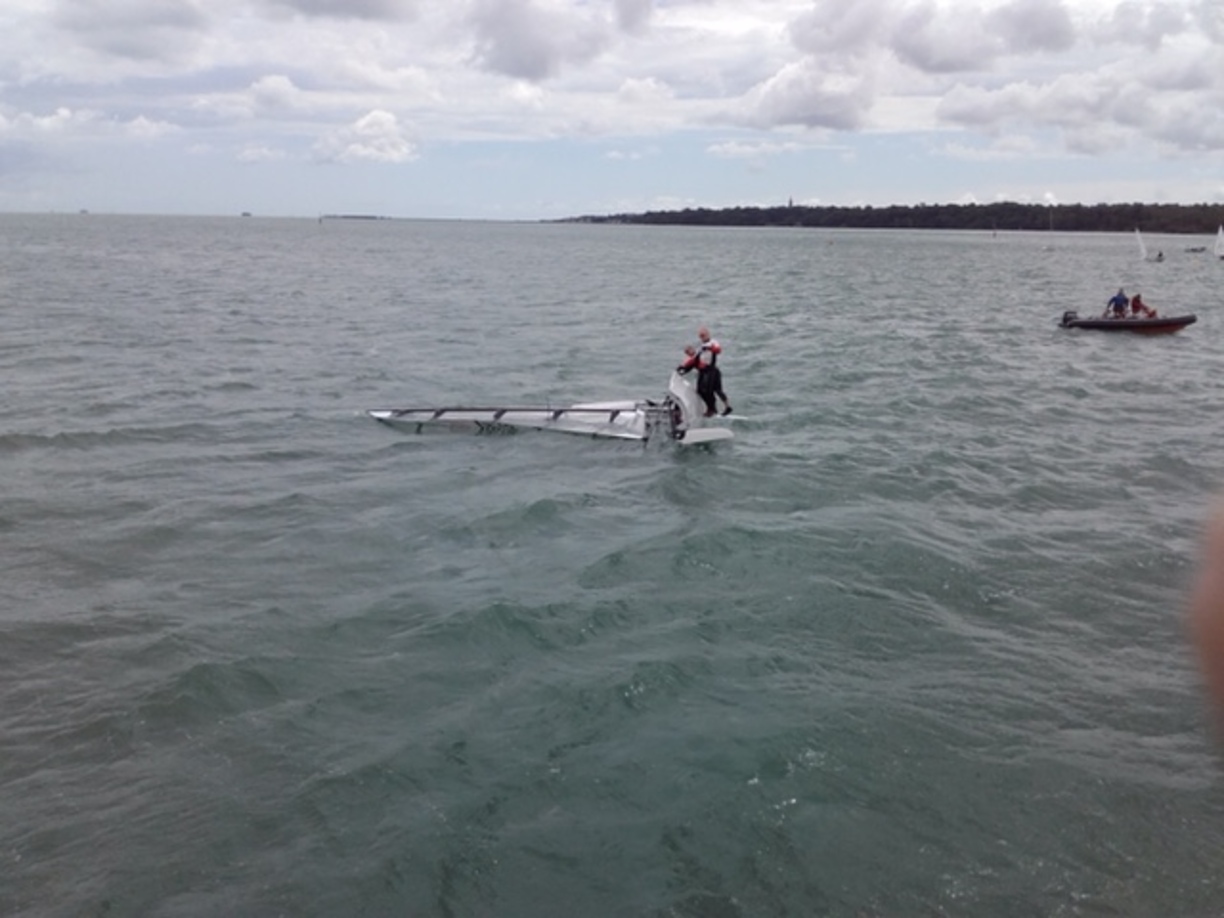 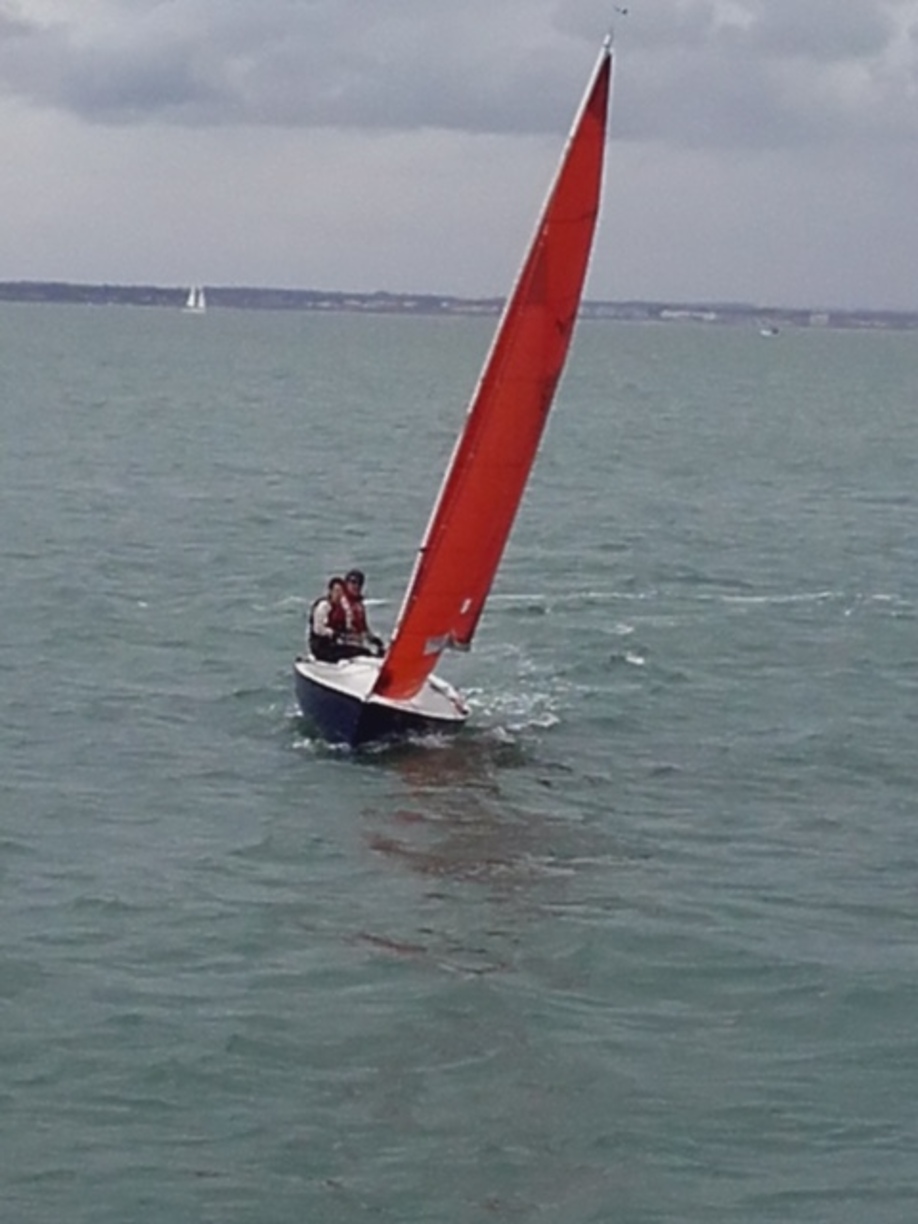 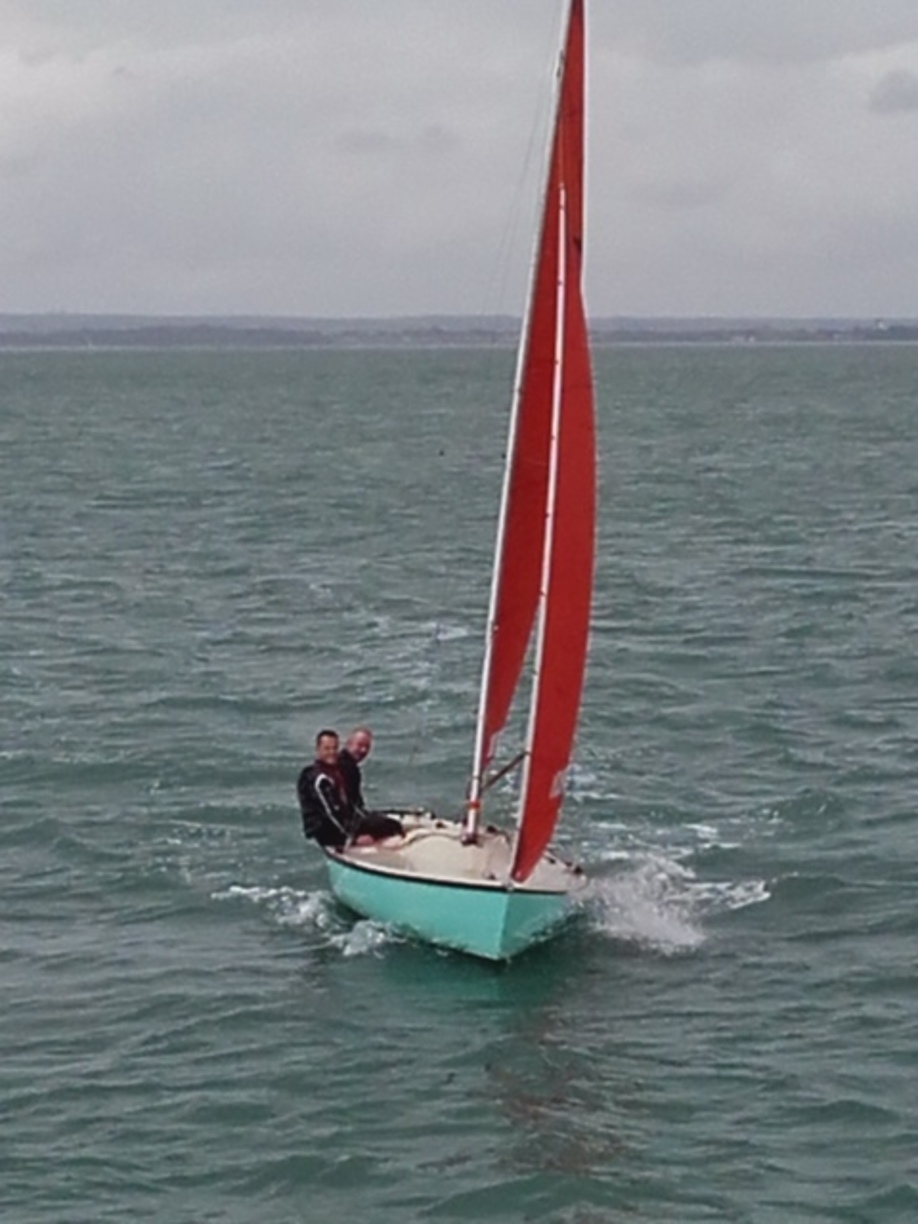 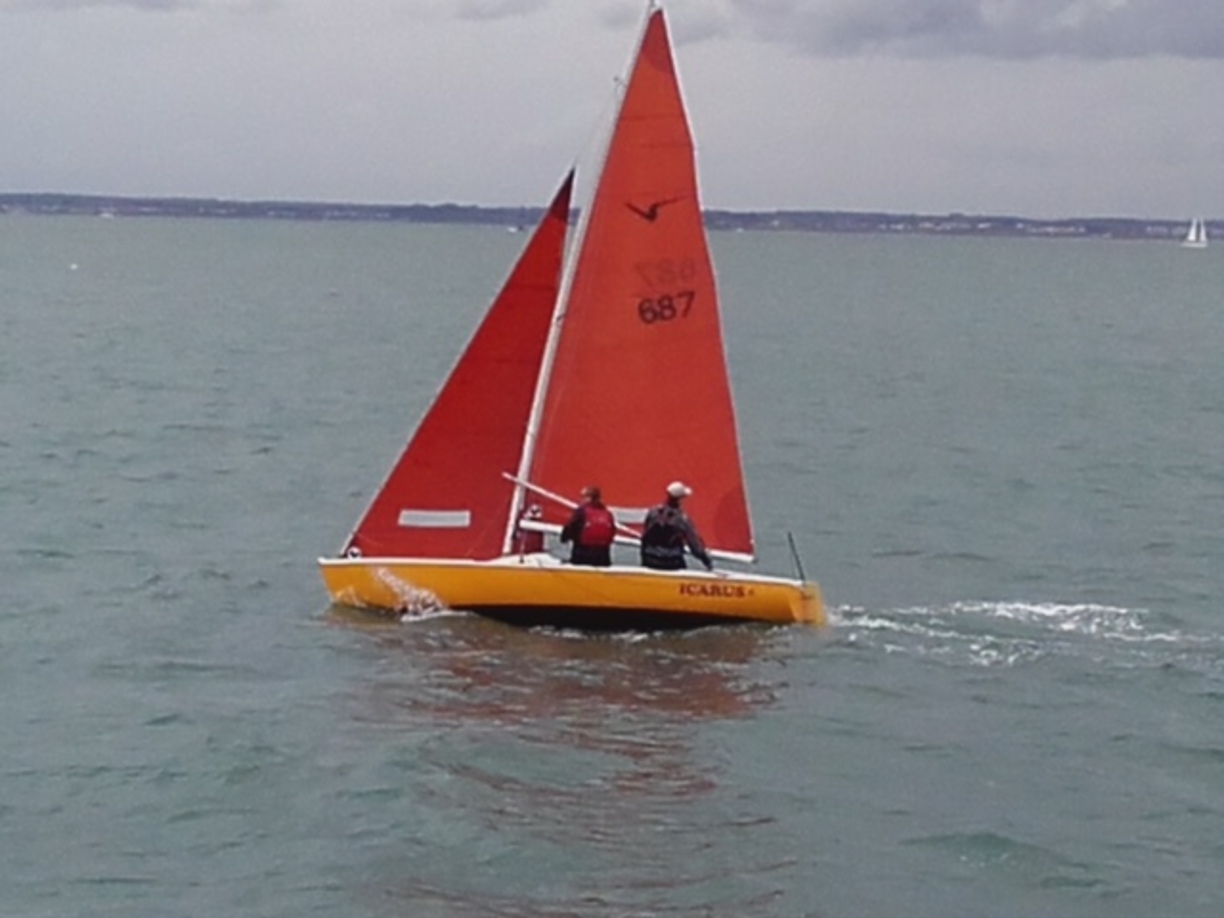