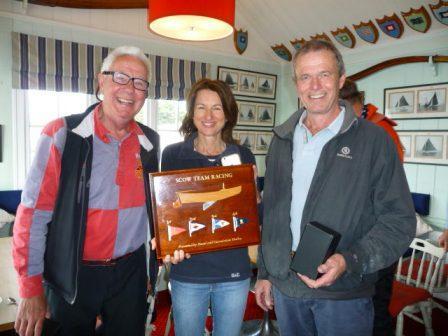 The embryonic Royal Victoria scow fleet were honoured to be invited to take part in the resurrection of the inter-club team racing event held at Bembridge on Saturday. Created several years ago at the instigation of Yarmouth Sailing Club members, David and Gwendolyne Hedly, the trophy was last raced for in 2009 when won by Brading Haven Yacht Club.

Bembridge Sailing Club was the host and provided their own members' Scows on loan together with a couple from Brading Haven.

Once boats had been drawn, competitors quickly got to the race area off Silver Sands beach outside the harbour. Colin Samuelson and his efficient race team laid a very interesting M- shaped course involving a beat, reach, beat and final run to the finish.

Each of the six teams of two boats each raced each of the others so a total of five races were sailed. Scoring was unusual in that a fourth place counted for five points guaranteeing a losing result even if that team had a first place.

Conditions, if a little brisk at times, were perfect and close racing ensued. Varying fortunes prevailed with most clubs scoring a win.

However it all came down to the final race of the day. The scores for Bembridge Sailing Club B team (Sarah Marshall and Mark Downer) and Royal Victoria Yacht Club B team (David Coombes and Andrew Porteous) were equal at four wins each.

It was clear this would be a close fought match and Mark did his best to sail David into last place. Andrew shut the door on Sarah at the committee boat end and gained the lead. All looked sewn up in Bembridge's favour, when by a mixture of great sailing by David, and a slight navigational error by Mark put the Royal Victoria team into an unassailable first and second position which they kept till the finish.

Racing over, all repaired to the clubhouse where the winning team was presented with the Scow Team Racing Trophy, now on display at RVYC, where it will remain till the next time it is sailed for.

All in all this was a very enjoyable event which now looks to be made an annual match. Thanks to Bembridge for brilliant organisation and hospitality. 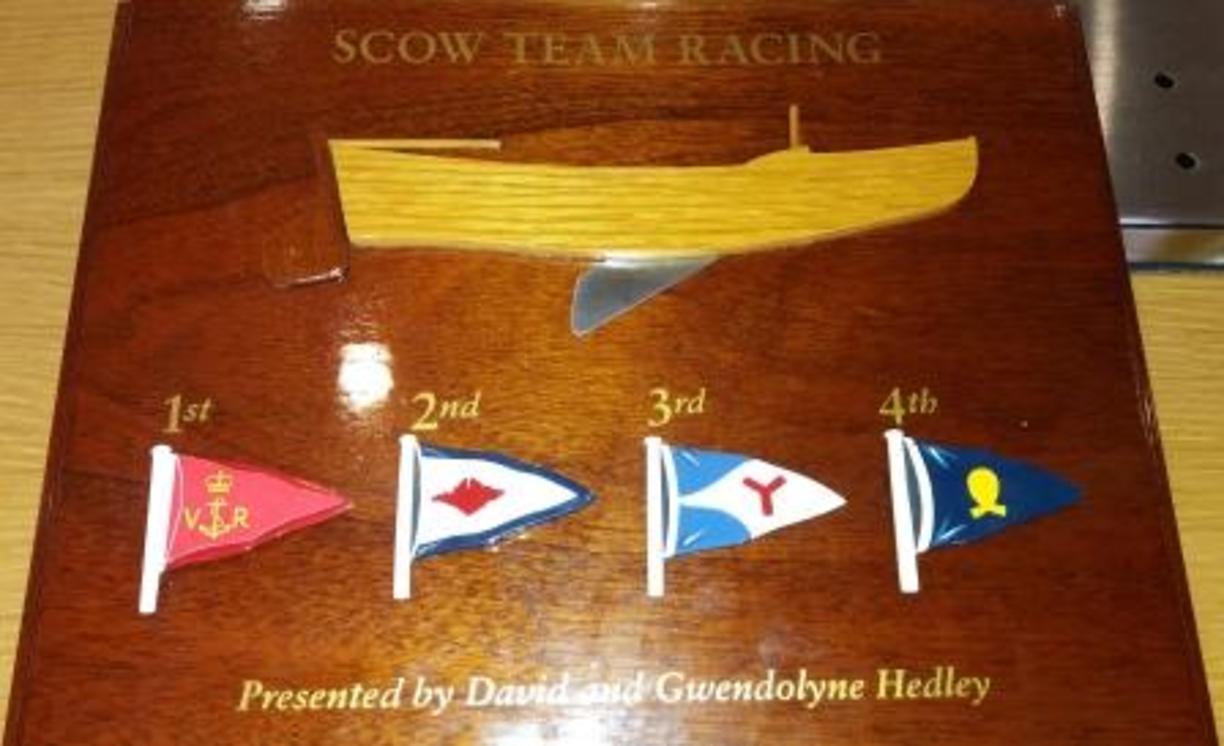