Over 30 young Optimist sailors and their families descended on RVYC last weekend for the only island leg in the 2017 Rooster Optimist Travellers Series.

Principal Race Officer for the series, Ian Bullock, first gave a good in-depth briefing to the young sailors, some of whom were not familiar with sailing on tidal waters. The fleet was split in two – the regatta fleet for more novice racers, and the main (and highly-competitive) racing fleet. The event gave young island sailors the chance to compete against some of the most experienced Optimist sailors on the circuit, which travels to various locations throughout the summer.

Courses were set off Woodside Bay. with light conditions from the west enabling the main fleet to sail six races and the coached regatta fleet managing three races on the Saturday. The fleet understood what a whisky finish was by the end of the day!

Unfortunately, Sunday dawned with thick fog and no wind and, although the fog lifted, there was no promise of any elusive thermal breeze. Boats waited patiently on the slipway until racing was eventually abandoned by late morning.

Prizes were presented by RVYC Commodore, Steve Sheridan, and included medals and Rooster products for the podium-placed. Main fleet winner was Mathias Potter, who took line honours in all his races. Well done to Arthur Farley and Finn Evans from RVYC's own sailing squad.

In spite of the lack of wind on Sunday, the event was a great success and provided inland water sailors with a real taste of how different sailing on tidal waters is. The club thanks Wightlink whose sponsorship enabled mainland competitors to attend at a discounted rate. 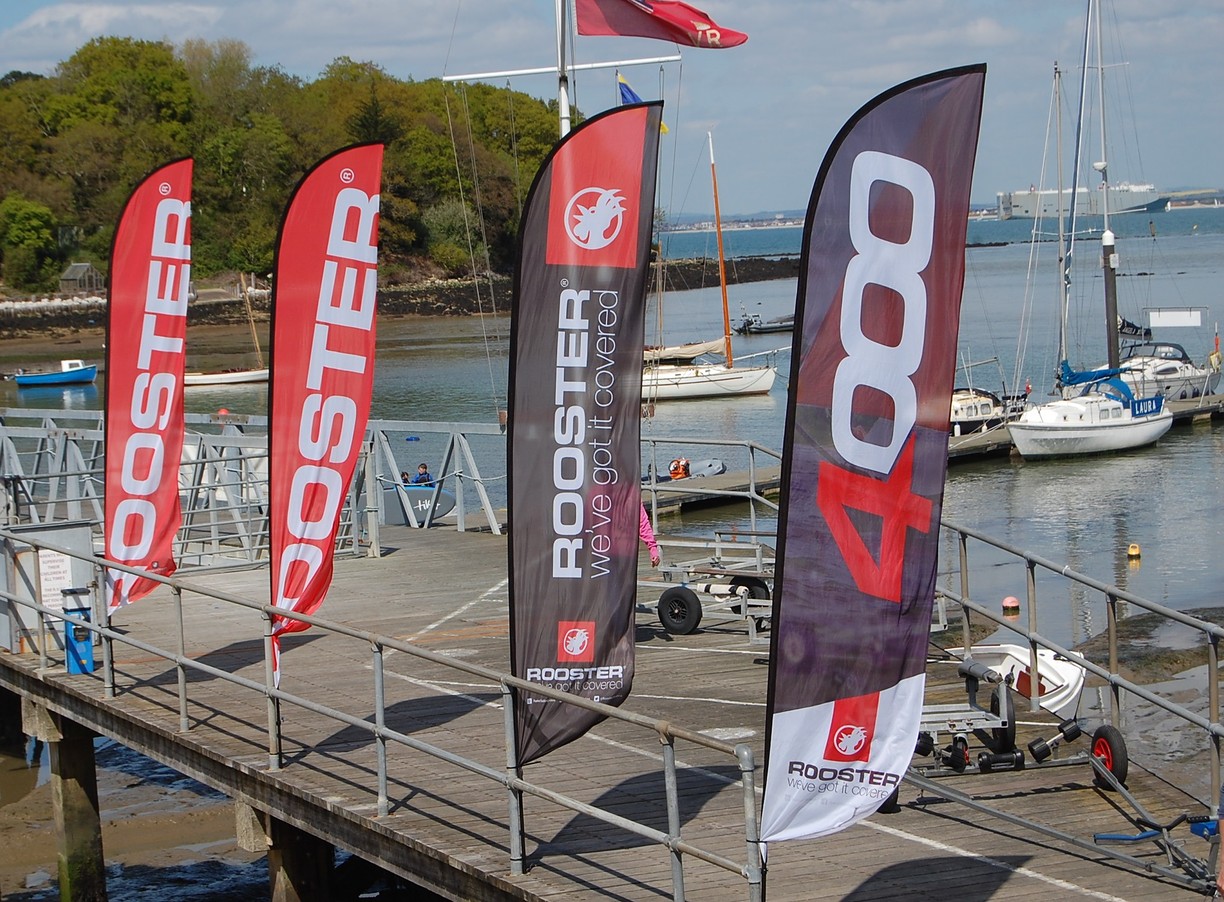