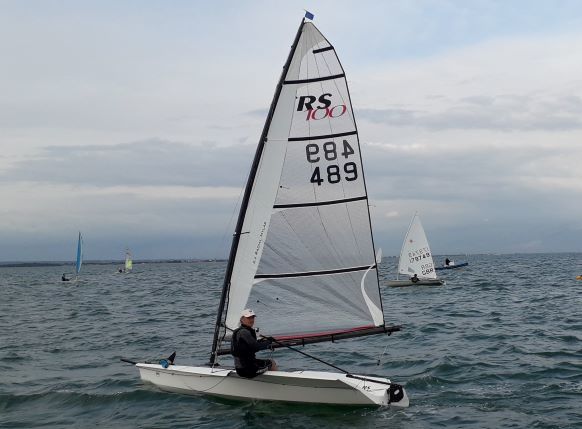 To commence the Club racing season as late as July 14th was extraordinary. Comparisons with the origin of the French National Day can be made but perhaps the start of a new beginning for the Royal Victoria Yacht Club, now in its 175th year, is the most appropriate. Bastille Day was marked with precisely fourteen boats taking part.

COVID-19 restrictions have finally been lifted to allow racing to take place but only with boats sailed singlehanded or by family groups. The RYA recommendations are that RIB crews have appropriate PPE to hand in case rescue is required. A minimalist approach to mark laying is advised.

For the third year, the Cruiser Group has organized committee boats for evening racing. Race Officer Hilary Martin's Super Seal 26 LESA picked up a buoy on the Squib trots giving a good start line with the Race Box demoted to be the Pin. The wind veered to a fairly steady NW Force 4 with enough time before the first start to move LESA to another buoy to adjust the line.

First off was the Cruiser Class with the sole entry, the Farley trimaran, Sanity, singlehanded by Nigel Talbot. As she roared through the line with her black mainsail curving the air in splendid fashion, it seemed a churlish to mention the one hull over early - it would not have changed the result in any case. To keep Sanity clear of the rest, the course took her upwind to Peel Wreck then across to Peel Bank and on to SE Ryde Middle. With a two nautical mile broad reach down to Kemp's Quay, she could show off her pace (not that anyone was there to see) easily reaching over twelve knots with only a small headsail. The last mark of the starboard handed course was the Fairway buoy. This had recently returned from its winter sojourn behind a tree on the Woodside Beach shore having been rescued by the kind owner of Bodwen after its chain broke.

The Squib fleet was limited by the need for family duets. These included the debut of a new young sailor, Magnus Wilson, with his dad, Roly, in Club Squib Beatrice. Minimally sized Magnus was seen carrying out his crew duties with great enthusiasm and considerable skill for his age. Ray and Julie Prime were spotted together in Liz Whiz for the first time in many years. The Squib captain, Phil Russell had failed to persuade any of his family to take to the water in Icarus but managed perfectly well without them. The final pairing was Steve and Benita in Rhapsody.

The recent Squib 'practice' sessions showed with a close fought charge to the line. Rhapsody, having resisted shutting the door completely on Beatrice in view of the four steel pins of the Pin, took the start as Beatrice wisely ducked her. Icarus was called over but with enough line to spare was able to bear off and recross before commencing the beat to Peel Wreck. The Squibs had a fine one nautical mile downwind run from Peel Bank to Tellytubby (name changed yet again but most of us know this one). All four spinnakers were seen to be flying as Phil has mastered a singlehanded technique. Coming back towards the Island, Rhapsody had stretched a good lead followed by Icarus, Liz Whiz and Beatrice closer together. At the starboard rounding of Fairway, Beatrice was faced with Sanity bearing down on her at speed at a shallower angle for rounding to the upwind leg to the finish. In the event, both manoeuvres were achieved without drama. Rhapsody with SWS, demonstrating his extreme hiking skills, stormed over the line still with a convincing lead.

The Fast and Slow Handicap dinghies were given the same windward leeward course using inflatables with four and three laps respectively. The six boat Fast Handicap fleet was an excellent showpiece for three types of RS. Two RS400s - 746 Sam Prime/Emma Baker and 1466 with Luke Sheridan sailing with his dad Steve were accompanied by the RS200 of Peter Hayward and the RS100 of Mark Irons. It was good to see Harry and Charlie White returning to Laser Radials having spent the winter competing in Ultimate Frisbee at Portsmouth Uni following the defection of Tom to that sport the year before.

The start was closely contested with Peter Hayward's RS200 arriving just too soon and being called OCS. Charlie thought the transgressor was himself and lost ground by returning. The good breeze allowed the dinghies to achieve some pace on the downwind legs in the increasing windspeed as the race progressed. First over the line was the RS400 of Sam and Emma closely followed by the Sheridan RS400. Mark Irons was next in his RS100 but they were all beaten on corrected time by the White brothers' Laser Radials. Harry took the win and Charlie having recovered from the start was second with Mark holding third place.

The Slow Handicap was notable for brother and sister, Sam and Charlotte Osborne, going head to head in a Tera and a Pico. Charlotte's usual racing partner, Charlotte Andrews, took the siblings on singlehanded in a Feva. This trio of Cadets had all been out sailing for almost an hour before their race so it was a great session for them. They demonstrated their developing skills and enthusiasm for racing as they battled each other round the course. In the end the increasing wind over the west- going tide produced a choppy sea. Sam dropped out after a capsize and the two Charlottes finished in a close chase with Andrews saving her time over Osborne by nine seconds on corrected time.

The total of twenty sailors were supported by the Race Team of six on the water and two ashore. Thanks go to Chris Bamber for stepping in as ARO at the last moment and making a great team with RO Hilary. Tony Pope is thanked for his singlehanded mark laying from VIC 1. The Osborne parents, Ian and Karen, in their own RIB were joined by Rob Andrews in his RIB and all provided excellent support. RCS Jane Barrett-Bellingham (Beach Master) and Buster Brown (Base Radio) completed the team. The extra paperwork required for the event due to COVID-19 guidelines was carried out by the shore team led by the RCS.

After the long delay in Club racing, it was fantastic to see all the very happy sailors who had enjoyed a great evening on the water. Hopefully the 175-year tradition of racing at RVYC will continue to thrive as the Club starts on a new era. 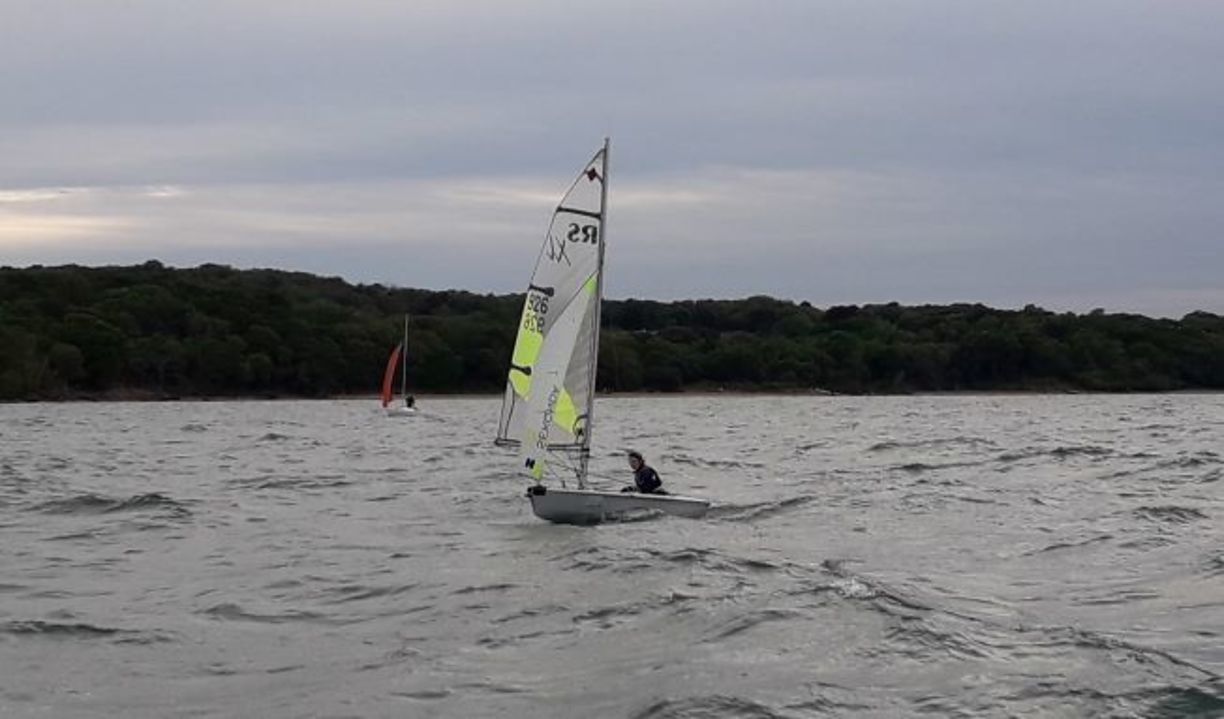 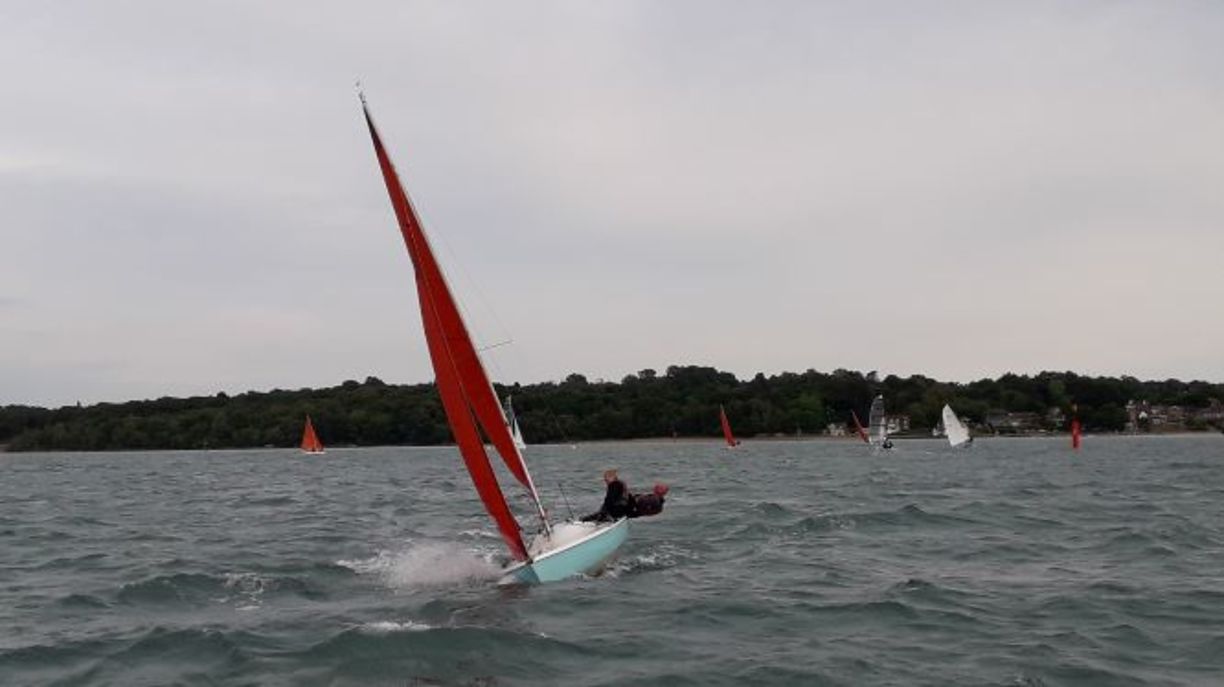 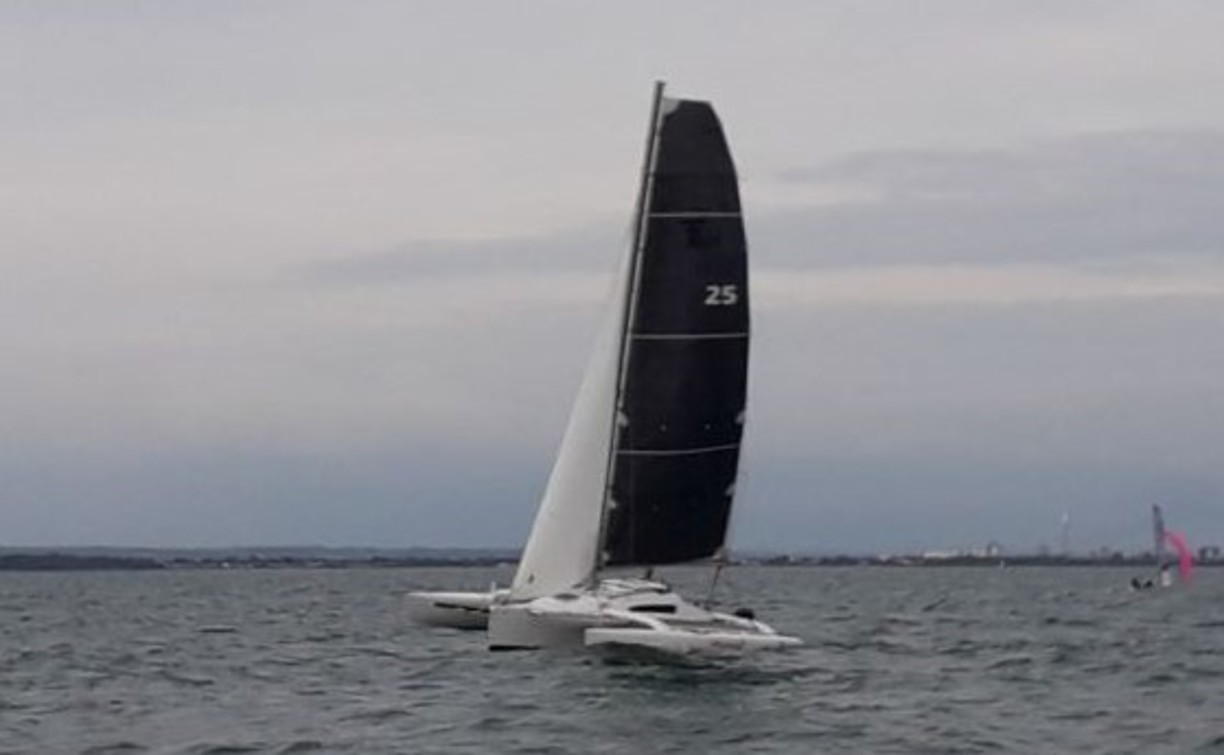 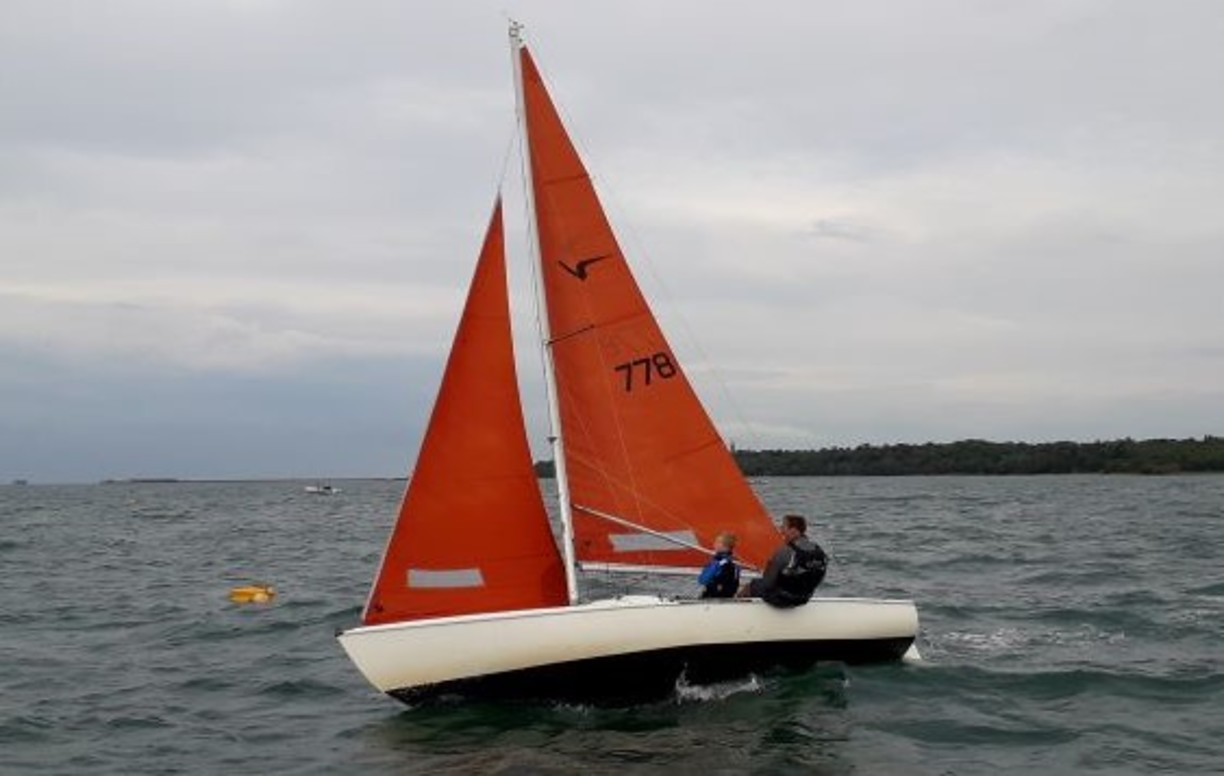